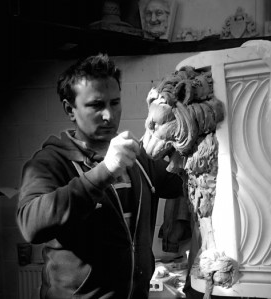 Alasdair is an award-winning fine artist who has exhibited his works internationally, and received a number of important portrait commissions.
Winner of the Powell-Davis Prize for painting, the Richard Ford Travel Scholarship, the Sir Roger De Grey Prize for drawing, the David Wolfers Painting Prize, and the Diana Brooks Prize for painting, Alasdair has a degree in fine art painting from the City and Guilds of London School of Art.

Alasdair has exhibited regularly at a number of galleries in London, around the country and in Ireland, and has been commissioned to paint a number of portraits including Sir John Egan (Chairman BAA), Sir John Gurdon (Master Magdalene col. Cambridge & 2012 Nobel prize winner), the Queen, and Nelson Mandela. Alasdair’s work can be found in the collections of Sir Brinsley Ford, The Royal Academy, Magdelene College (Cambridge), Haileybury, and the British Airports Authority.
Next
Previous